CHICAGO (Sun-Times Media Wire) – The 29-year-old man who was killed after shooting three Chicago Police officers Monday night was a felon with a gun conviction in his background, police said Tuesday.

Lamar Harris fired at the officers with an illegal handgun that was recovered at the scene of the West Side shooting, Anthony Guglielmi, a police spokesman, told the Chicago Sun-Times. 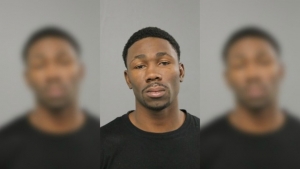